Paying attention to birds can help us recognize environmental changes

Whether we think about it or not, birds are an important part of our lives. They are as important to us as they are to the many ecosystems which they play integral roles in sustaining. They bring nature to people, wherever we are. Whether we live in a rural or urban community, hearing birdsong or catching a glimpse of a bird in flight can bring us moments of wonder and connect us to the natural world outside our windows.

“Waking up in the morning and walking out your door and hearing birds singing is always something that lifts people’s spirits. It makes you feel better. Along with giving people a lot of enjoyment, studies have shown that it can improve health and wellbeing tremendously,” says Andrew Couturier, Senior Director of Landscape Science and Conservation at Birds Canada, a partner in BirdLife International.

“They’re very beneficial for our human systems, and also for our natural systems,” he explains. “Birds are essential for pollination, spreading of seeds, rejuvenating forests, pollinating crops, and controlling pests. They’re an indicator species for biodiversity because they’re very visible and tangible. You can see and hear them so they’re easier and less expensive to study than other organisms, and they can act as a broadscale indicator of what’s going on in an ecosystem.” 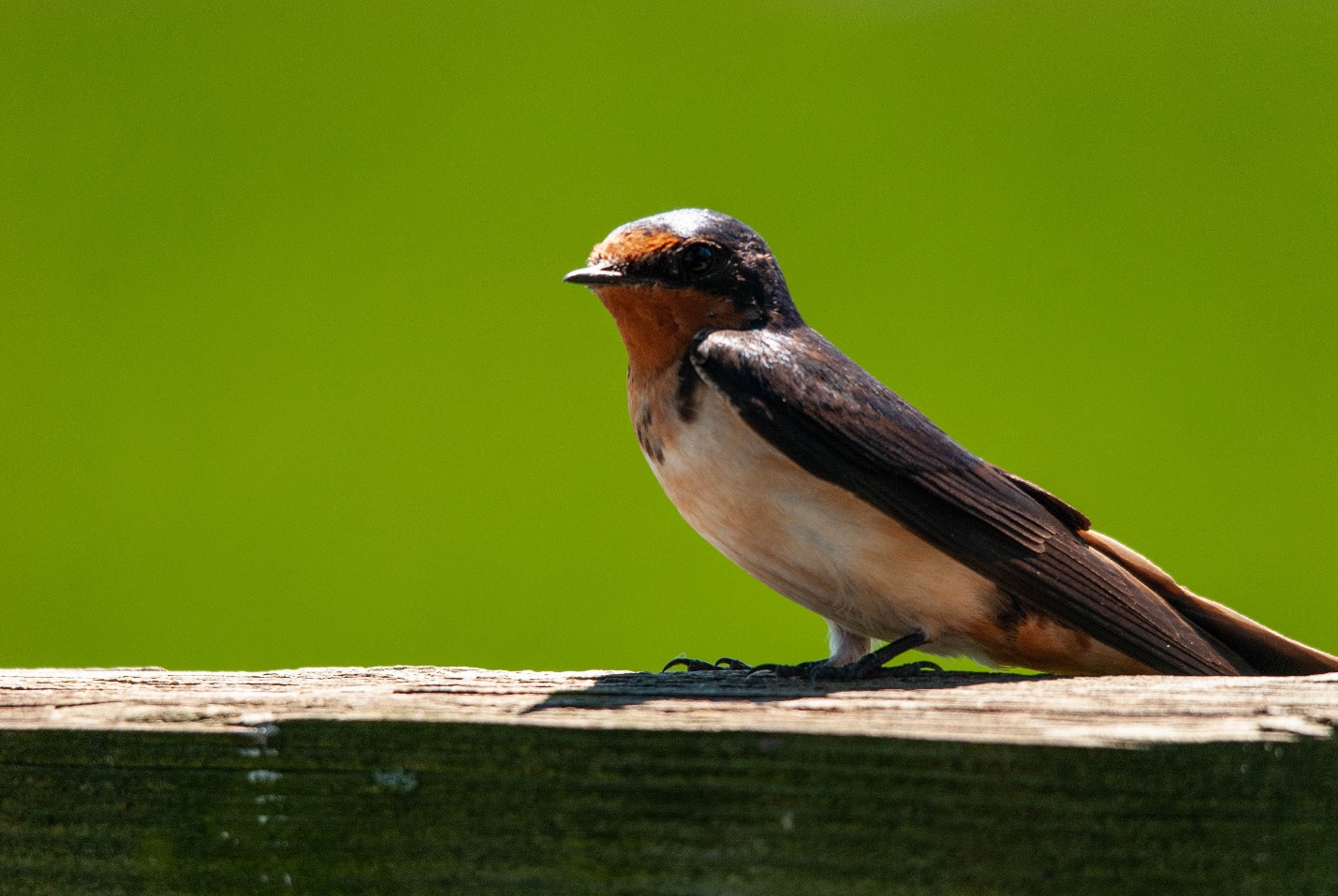 Andrew’s interest in birds goes back to a summer job at Point Pelee National Park as a nature interpreter during his undergrad: “that’s how I got introduced to the whole birding world, I learned all my birds there. It was quite an experience, being thrown into the fire right during spring migration.”

The experience seems to have stuck with him, as he has spent most of his career up to this point working at Birds Canada, a non-profit, charitable organization whose mission is to conserve wild birds through sound science, on-the-ground actions, innovative partnerships, public engagement, and science-based advocacy.

Having joined this organization when there were only 12 employees, he’s seen it grow to over 60, an impressive feat for any conservation organization. His involvement and leadership in bird conservation on wide-ranging projects of provincial, national, and international scope have been significant, and in 2018 he was elected to the College of Fellows of the Royal Canadian Geographic Society.

A major project that Andrew is contributing to is the Ontario Breeding Bird Atlas. The data collected in this enormous project provides important insight into the status, distribution and abundance of the whole province’s breeding birds, making it a useful tool for conservation.

This is the third iteration of this Atlas, which is undertaken every 20 years. The first round was completed in the early ‘80s and the second in the early 2000’s. With the soon-to-be many rounds of data collection, Andrew explains that this project provides the opportunity to reveal changes in populations and breeding over a 40-year period: “It will be interesting to see if we notice any changes and if we could attribute the changes to climate change.”

While birds extend their ranges at times for a variety of reasons, including temperature fluctuations and loss or gain of habitat, these factors can be exacerbated by climate change and pressures from increased human development.

Climate change caused by increased amounts of greenhouse gases in the atmosphere have been shown to cause higher temperatures and extreme weather events such as drought, which can impact bird behaviour and nesting success. With a shifting climate, there is also increased opportunities for the spreading of invasive species and diseases moving into areas where they wouldn’t previously exist. These changes may be subtle, but as Andrew notes, some birds can be sensitive to these factors.

Andrew explains that climate change could also be having a negative effect on the timing of migration and some bird’s food sources: “aerial insectivores, which are birds such as swallows and swifts that feed on insects while flying, are declining throughout their range, so we’re trying to understand why that would be. One hypothesis is that there is a possible mistiming of when insects first come out in the spring and when birds are arriving. It could be that the birds are arriving earlier or later when the insects are already out or they’re not at their peak, so they’re not getting the benefit of that food source or rearing their young, and so on.” 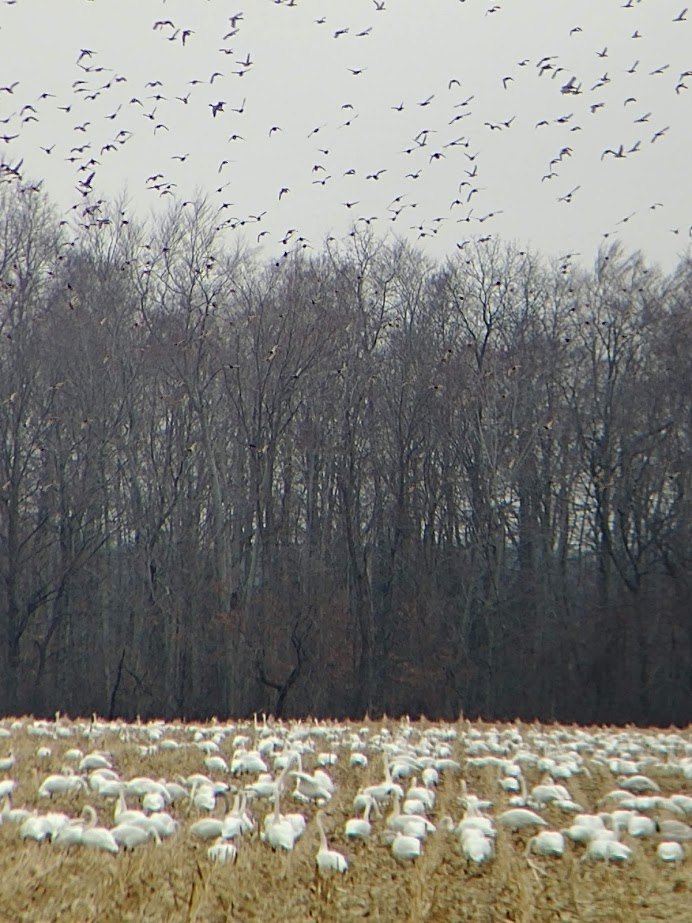 Many migratory bird species, such as Tundra Swans (on the ground) and ducks (flying), rely on locations like Long Point for food and rest during their migrations. Credit: Andrew Couturier

With scientists agreeing that the effects of climate change will only increase over time, large numbers of birds could be put at risk for population decline, eradication from certain areas, and even extinction. While the effects of climate change on the populations of many bird and other species can be frightening to think about, projects such as the Breeding Bird Atlas are an important step in understanding what is happening and what can be done to conserve these important species into the future.
Two other projects Andrew is involved in are important conservation tools: Important Bird and Biodiversity Areas (IBAs) and Key Biodiversity Areas (KBAs).

The IBA program is an internationally recognized designation that has been around since the late ‘90s to identify important areas for threatened birds, large groups of birds, or birds restricted to certain areas by range or habitat. Building on the success of this program and other similar ones, the International Union for Conservation of Nature (IUCN) introduced the concept of Key Biodiversity Areas (KBAs) in 2016.

The KBA program, which Andrew is helping to lead nationally as they identify important sites for nature across Canada and the globe, expands the picture to consider the biodiversity of sites beyond birds alone to deepen our understanding of their ecological value.
While neither designation carries any legal protection, they’re valuable for identifying areas of high biodiversity value and supporting conservation goals. These projects are impressive in their global scope, but they have local importance as well.

“We happen to have two of these places within the Biosphere boundaries,” Andrew explains. “One is the Long Point Peninsula and Marshes, and the other is the inland Norfolk Forest Complex. They are designated IBAs, and it looks like both sites will qualify as KBAs.” 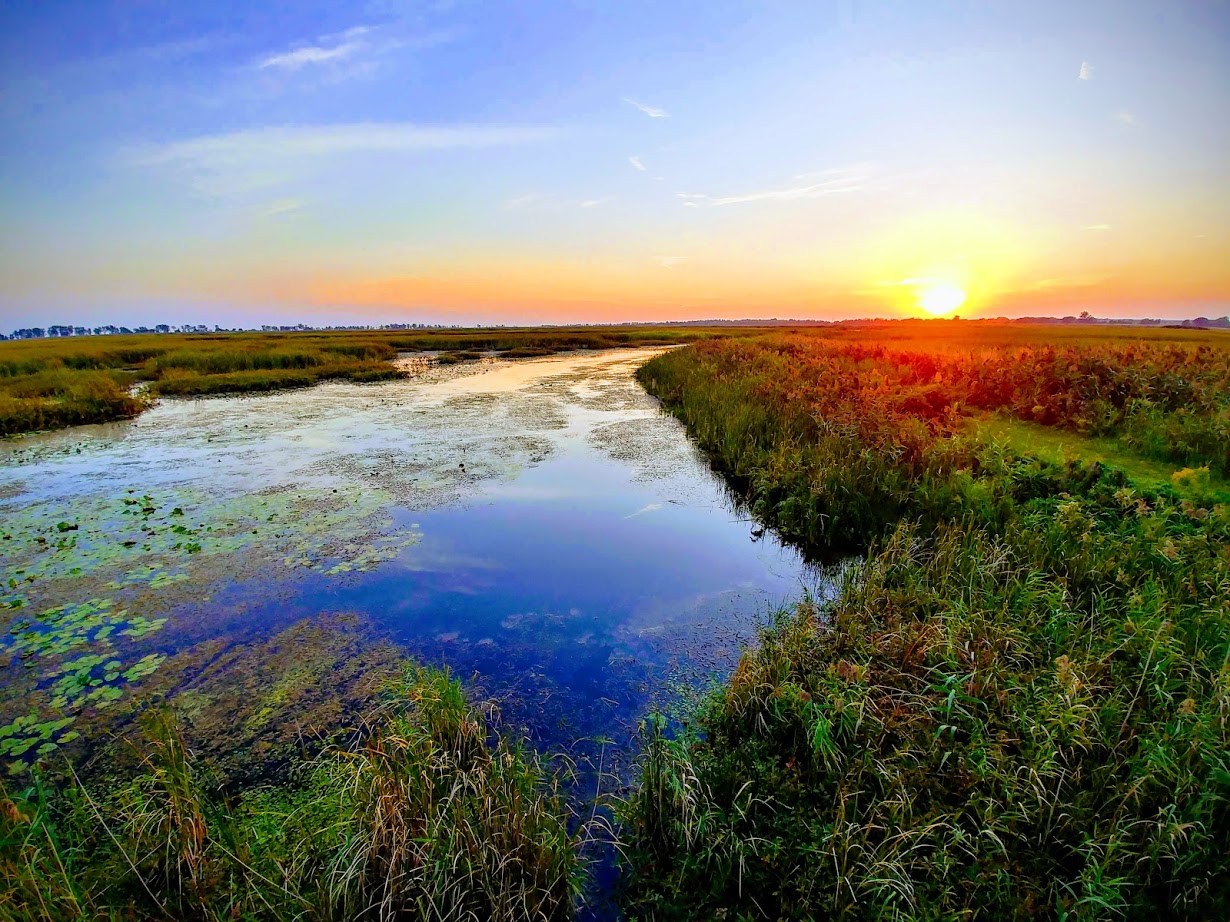 The wetlands and marshes in the Long Point area are some of the significant ecosystems found here that provide important habitat for many species. Credit: Andrew Couturier.

The reasons for Norfolk County receiving not one, but two possible KBA designations are many, and they largely relate to the important habitat and biodiversity found here.

“This area is considered the crown jewel of the Carolinian forest zone in Canada. It’s got the highest proportion of forest cover anywhere in southwestern Ontario, and it’s where you can find the majority of Ontario’s Species at Risk. It’s just a real gem within an area that’s otherwise pretty heavily developed. If you start going east or west, you can see a stark difference,” Andrew says.

While Norfolk County may stand out in its forested areas, the extensive plant and animal life here is threatened by increasing human development for urban and agricultural purposes, and the repercussions of these pressures such as nutrient runoff from agricultural fields. As habitats are fragmented and reduced to smaller areas farther apart, species populations can face declines. This can lead to a decline in ecosystem health, which impacts ecosystem services such as clean air, clean water, and healthy soil used to grow our food.

While programs undertaken by Birds Canada like the Ontario Breeding Bird Atlas, IBAs and KBAs are important tools for indicating areas of high biodiversity value for conservation efforts, Andrew notes that increased public awareness and action is needed make conservation goals a reality.

Birds Canada provides a lot of helpful resources, such as this article on the top 6 ways to help birds. They also have numerous citizen science opportunities for interested volunteers to share their energy, skill, and bird sightings. Even small decisions, such as the type of coffee you buy, can add up to a real difference, especially if enough people get on board.

Conservation can begin wherever you are by noticing and engaging the world around you, beginning with stopping to listen to a birdsong: “If people don’t experience nature, then they don’t really understand it and they don’t appreciate it, and therefore they don’t take an interest in conserving it,” Andrew says thoughtfully. “It’s great to see the lightbulb come on when somebody has a bird in their backyard or has planted a garden using native plants that are beneficial for birds and other wildlife. It feels like a real victory, so we try to provide opportunities for people to get involved and make connections with nature so that they will take more of an interest in conserving it in the future.”

Change doesn’t come so much from a central place off somewhere, as Andrew says, it comes from members of the community rolling up their sleeves and making things happen.