Phragmites australis is an alien, invasive plant with origins in Europe which has found its way to the Long Point area and is expanding rapidly in coastal and wetland environments.

Phragmites australis is an aggressively spreading grass capable of reaching heights greater than 5 m and densities of over 200 plants per m 2 . In 2005 it was recognized as Canada’s worst invasive plant by scientists at Agriculture and Agri-food Canada. Unlike our native phragmites this invasive strain out-competes all native vegetation including cattails and willows, and once established can expand into massive monoculture stands.

Phragmites typically colonizes a new site from seeds, which can be dispersed by winds up to 10 km, or by plant parts such as rhizomes, stolons, and stems in flowing water. Human activities are a major contributor to the rapid spread of this plant.

In areas where phragmites australis is particularly extensive, the impacts have the potential to be cumulatively devastating for a number of Species At Risk (SAR) which depend upon these habitats for all or a portion of their life cycle. The Long Point area has over 25 SAR including the Blanding’s Turtle (pictured below) which are particularly vulnerable.

Phragmites australis was first recorded in the Long Point wetlands 20 years ago. In 2014 it was estimated that phragmites covered 40% of those same wetlands, and continues to expand at an exponential rate each year.

You may make a donation specifically toward the mitigation of Phragmites on our Donate Page –  Choose Fund #2. 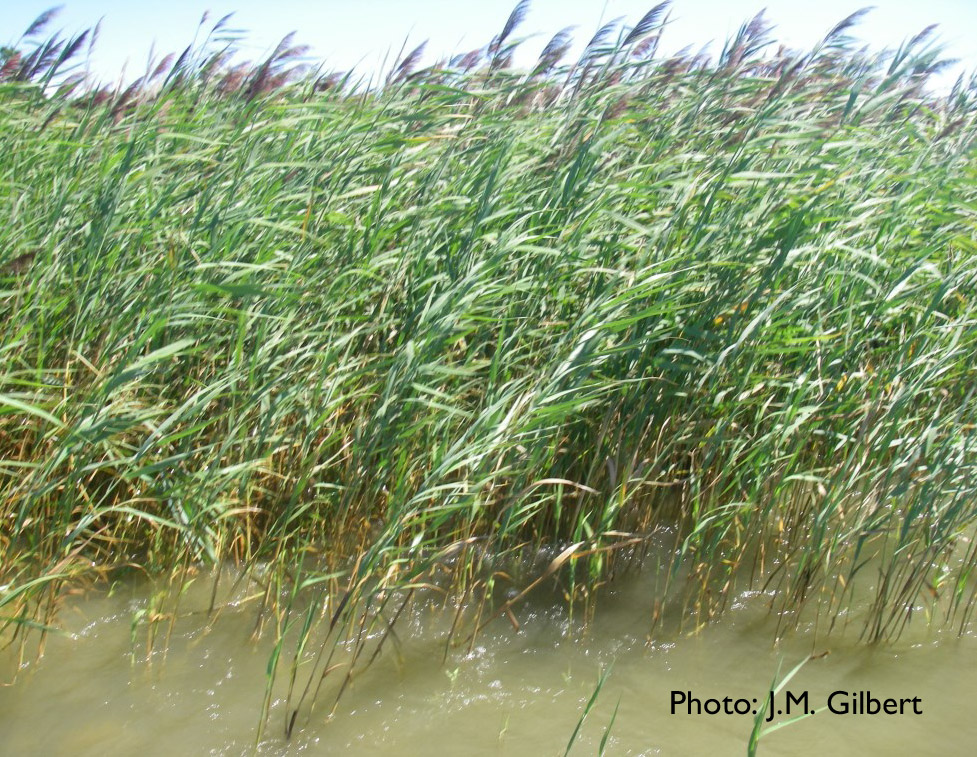 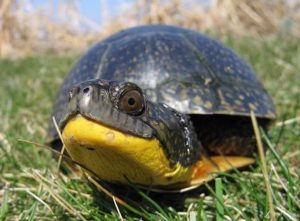