Have you ever gone for a walk in the woods and thought the air felt a little cooler than where you entered the woods from? Chances are that it is. It’s likely cooler than your street, yard, or even the agricultural field nearby. These local temperature differences are real and noticeable.

Jonas Hamberg, a researcher from the University of Waterloo, looks closely at the temperatures of ecosystems. According to Jonas, looking at ecosystems from above and taking their temperature using thermal imaging can give us insight into their health beyond what we may see – or at times not be able to see – on the surface, and can let us know if restoration efforts are on the right track.

Originally from Sweden, Jonas has spent time working and studying in India, Brazil, South Africa, the U.S., and now Canada. Through his interest in restoration, he developed an interest in ecosystem energy balances and how ecosystems use solar energy in different ways. 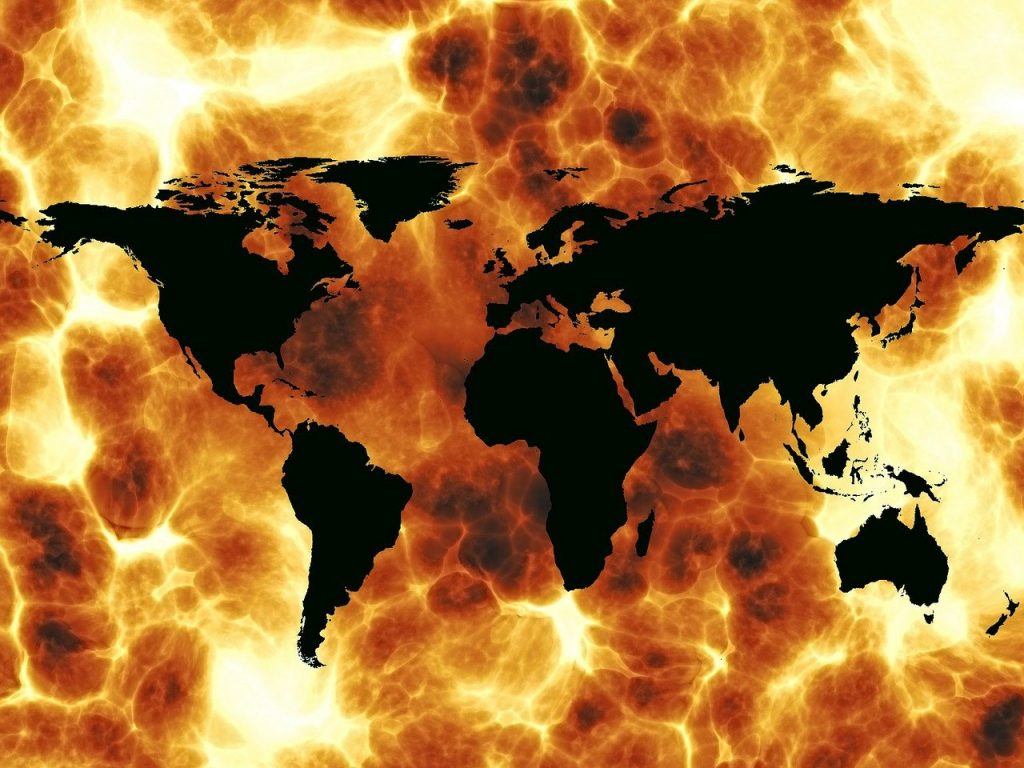 His research involves looking at the big picture – literally. He uses drones and satellites, including NASA Landsat satellites and a thermal camera on the International Space Station (ISS) called ECOSTRESS, to gather images and measure the heat coming off the surface of restoration areas and look at how temperatures at these areas change over time.

A primary site for Jonas’ research is right here in Norfolk County. Here, the Nature Conservancy of Canada (NCC) has been undertaking large restoration projects to restore hundreds of hectares of forest, woodland, and tallgrass prairie. Working alongside NCC, Jonas has made some interesting findings with implications for climate change adaptation.

“I looked at how the temperature has changed in restoration areas over the last 12 years and found that they have decreased in temperature by about 4.5 degrees in summer daytime temperatures in that time. This is because the plants take in the solar energy that comes in and they use it for processes like photosynthesis and transpiration much more effectively than if that area was agriculture or unused.”

Rising temperatures are a concerning effect of climate change. Scientists have high confidence that global temperatures will continue to rise for decades to come, largely due to greenhouse gases produced by human activities. Among the impacts of rising temperatures are longer and more intense heat waves, which can be deadly for humans, animals, and plants.

Jonas notes the direct connection his research has to climate change: “I don’t know how big of an effect this has globally on large scale climate change, but it does have a big effect locally. Being able to say, ‘if you restore this area, that will cool it,’ will have an effect not just on creating habitat for animals who wouldn’t be able to deal with the heat as temperatures increase, but also cooling the area for humans and people living nearby which can help improve quality of life and create local adaptations to climate change. It’s more than just holding carbon in trees, restoring forests and such should have an overall net cooling effect.”

His work may be mostly looking from above using thermal images, but to understand the cooling process Jonas also does a lot of on-the-ground monitoring. This involves identifying and measuring the plants as well as using vegetation data recorded by NCC staff over the last 12 years, and then comparing that to the thermal imagery to see the connections.

“At one site, I think we identified 44,000 individual plants,” he said. “We found that the more biodiversity, the more different species of plants, the more the temperature decreased.”

It seems that native plants also play an important role. Jonas’ research points towards a correlation between native species and cooling. Overall, one additional plant species decreased temperatures by about 0.3 degrees, and only so for native species. Like many cautious scientists, Jonas says this with an asterisk beside it, noting that more study is needed to say this definitively.

“It makes sense though,” he explains. “Non-native species tend to spread and take up a lot of space, but native species are better adapted to the site. For example, native species in tallgrass prairie ecosystems have deeper roots than non-native plants to take up water on hot, dry summer days, and they seem to have more mycorrhizal connections to other parts of the ecosystem. These things make them more efficient at transpiration, photosynthesis, and taking up energy, thereby cooling the area more.”
Jonas’ research points towards the importance of restoration with biodiversity and native species in mind to produce healthy ecosystems capable of cooling local temperatures. However, these elements are sometimes overlooked in restoration efforts. While organizations like NCC have good track records in restoration and ecological monitoring, Jonas notes that the unfortunate reality is that not all do: “when companies do restoration, they often do it the cheapest way possible, and that’s often using few species, and often not native species. There’s also often not enough money or interest in post-restoration monitoring. That’s a problem.”

As more research like Jonas’ comes out which shows the mitigation effect restoration efforts and biodiversity can have against climate change, there is hope that more and more companies and people will realize that the cost of doing nothing, or the bare minimum, is greater than the cost of effective restoration and developing healthy ecosystems. Thermal imaging may provide a helpful tool in checking the pulse of restored areas. It can help detect if progress is being made through cooler temperatures, or in the case of a temperature spike, can indicate something is going wrong that requires action which may otherwise be missed.

Some more good news: the majority of the satellite imagery Jonas works with is publicly accessible. While it may take some training to understand and use the data and information these images can provide, they have a lot of potential to help in ecological fields, and Jonas is hopeful more people will utilize it.

While this area of research shows promise, it may not be for everyone. There are many other ways communities and individuals can help with restoration and conservation, beginning with thinking about their own backyard.

“Coming from my research, don’t just think about trees,” Jonas affirms. “Trees are very important of course, and people tend to like trees a lot, but there’s more to vegetation. Think about planting tallgrass, shrubs, bushes, and more. Creating diversity and structure is important, especially for animals. Human development tends to get very flat and perfect, but nature wants little holes and nooks.”

Thoughtful reforestation and restoration practices which focus on native plants and increasing biodiversity can help us keep cool and adapt to rising temperatures connected to climate change at a local level. When looking at your yard, garden, or any outdoor space you have access to, think about planting a variety of local, native species. Keep in mind that small positive changes can add up to have a big impact!