Brewery owners Melanie Doerksen and Tim Wilson were presented with the Award by LPWBRF President Rick Levick at the Norfolk County Economic Development Symposium in Simcoe on February 13.

“Melanie, Tim and their staff certainly ‘walk the talk” of sustainable tourism through their company’s core values and actions,” Levick told the symposium audience. He said those values include:

Levick also cited how the company puts its values into practice.

The Charlotteville Brewing Company also received Norfolk County’s Entrepreneur of the Year Award at the symposium based on an entirely separate nomination and selection process, Levick noted.

For the past five years, the LPWBRF has presented this award to local businesses whose operations have achieved sustainable tourism goals by conserving the natural resources of the region and operating in an environmentally friendly way. As ambassadors, award recipients pledge to raise public awareness of how sustainable tourism can be achieved in the Long Point World Biosphere Reserve. 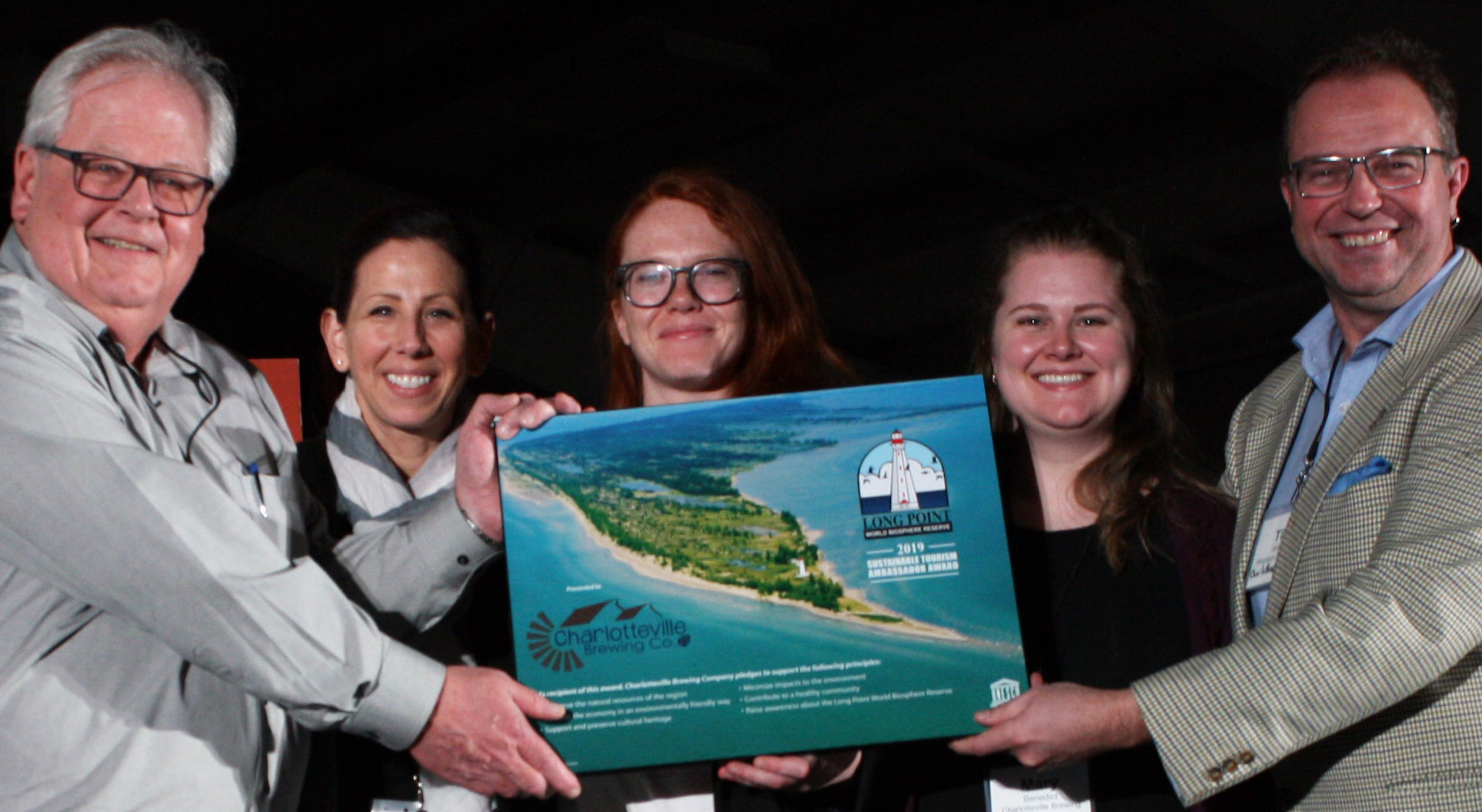 Past recipients of the award include: