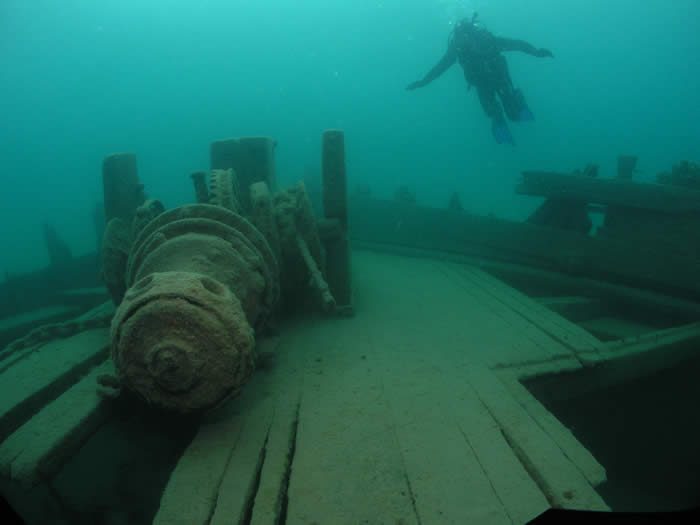 Throughout European settlement to present day the Great Lakes have been used for shipping supplies to Canada and the United States. During the mid to late 1800’s ship travel across the Great Lakes was at an all time high, and Lake Erie seemed to be attracting the most activity.

Before modern shipping routes and navigation devices, Long Point was a navigational landmark for ships traveling across Lake Erie. Ships would use the protection of the long sand spit and calm waters of the Inner Bay during storms to escape and quite often be driven onto it or founder in the violent seas that can occur here. Early steamers did not fare well with their limited steam ability of four to five knots in a gale.

The constantly changing sand bars would often catch ships off guard and beach them only to cause them to capsize and disappear in Erie’s murky waters.

Long Point Peninsula has claimed more ships than the Bermuda Triangle with more than 200 ships shattered along the coast and inner bay. It is for this reason that it has earned the name “The Long Point Triangle”.
Diving enthusiasts continue to flock to this great area and discover just another adventure that Long Point has to offer.